We are proud to announce the release the next milestone of JabRef. Today we are releasing Jabref 5.0.

In the User Survey 2015, the user interface was ranked as one of the most important aspects where JabRef needed improvement.
We’ve heard your feedback and are excited to announce that JabRef 5.0 brings in the long-overdue user interface update. 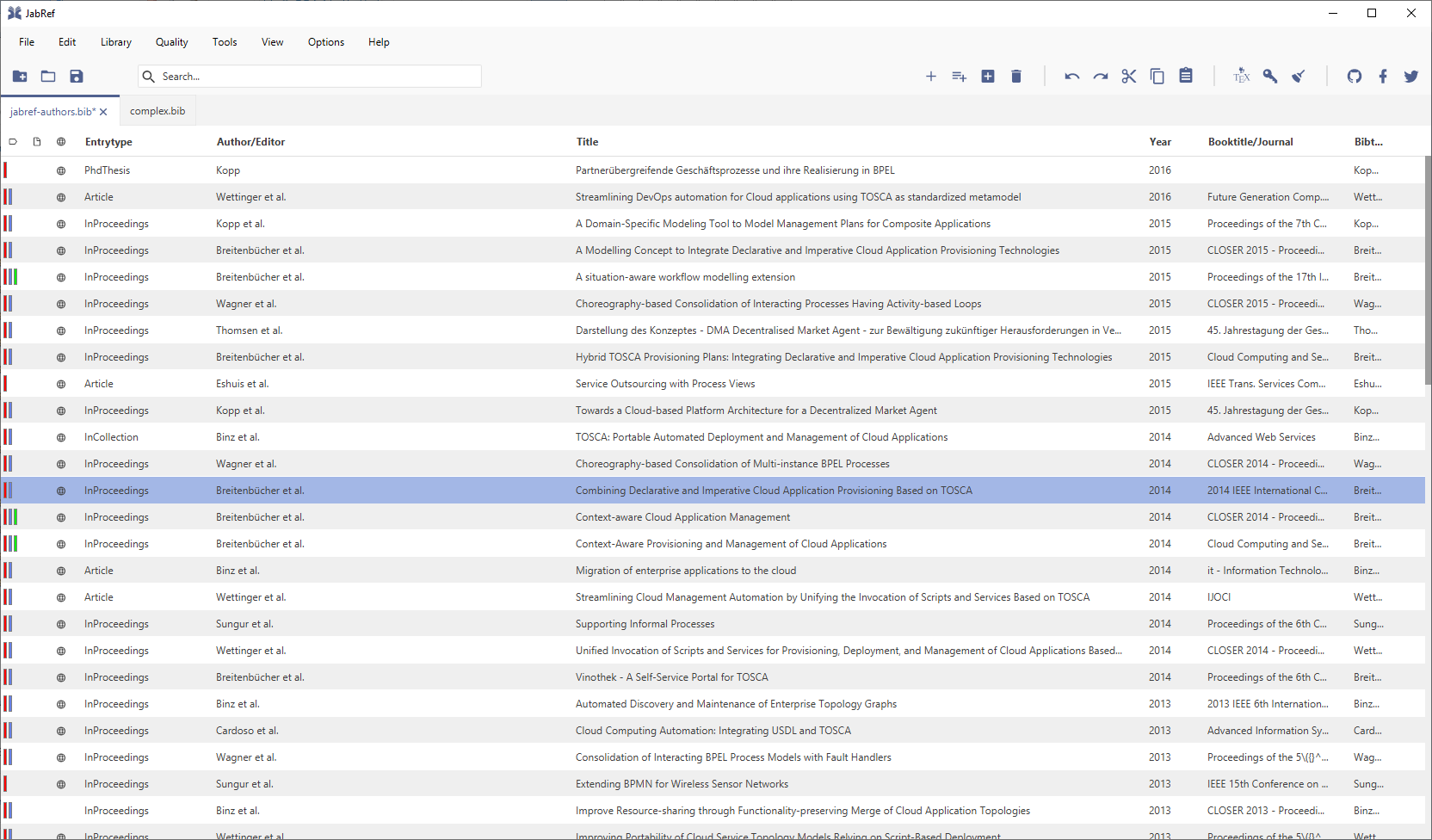 We worked closely together with user interface experts to create an intuitive environment for your literature references.
The result is a completely redesigned UI, with a wealth of new features and functionalities that make your work easier and more effective. Of course, we wanted the new UI to focus on individual user customization, so you can make your JabRef truly your own and more convient to your workflow. For example, JabRef now offers a dark theme and we layed the foundation to support custom themes in future.

We didn’t stop at reworking the user interface, but also introduced a couple of new features:

And many more! In total, there are over 100 changes since our last offical release!

With the release of the 5.0 we switched to a new build system which bundles the Java runtime together with JabRef.
This means that problems with other installed or outdated Java versions on the system are a problem of the past.
For the installation we now offer self-containing .deb and .rpm files for Linux users in addtion to the usual installer for Windows.
We also offer a portable zip version of JabRef which also includes all necessary files to run JabRef.
No installed Java version required.

You can get it from FOSShub.

Please report any other issues that you encounter in our bug tracker (in case it was not already reported before).

Since Jabref 5.0 is a major release, you should be aware that not all features are fully compatible with older version of JabRef. We worked hard to migrate all existing features to the new version. The only currently known issue is the “global search”: The search bar doesn’t remember the search string accross all tabs. We also have some performance issues with large databases, but are working on it.

The JabRef Developers would like to give special thanks to all new and old contributors. Since 4.0 we are very happy to see so many new contributors opening pull requests and making translations.
Special thanks goes to two temporary contributors who have significantly contributed to this release. You rock!

We also want to thank all universities including JabRef in their academic teaching.

Finally, we want to thank all the users who are constantly testing the latest snapshots and giving feedback!